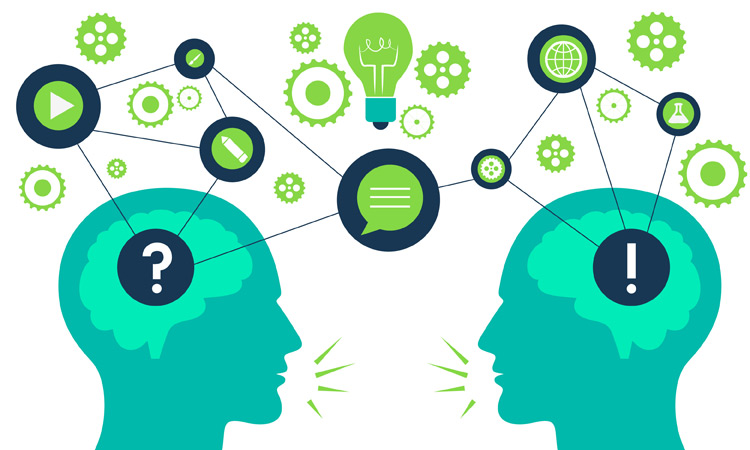 How do you change people’s minds about your company, encourage them to accept your products, convince them to be vaccinated, or simply get them to agree with your point of view?

You’ll find plenty of advice if you Google “How to change people’s minds”. The online tips will tell you that facts and force don’t change people’s minds (‘Facts are like punches’). The advice is that people tend to reject the ideas they are given but will act on ideas they feel they came up with themselves. So it’s better to be a partner, not an adversary, encouraging your targets to convince themselves about the options available, the crowd wisdom decrees.

There are some striking examples of how kindness works better than lecturing, badgering, hectoring or attack. When Dr Frank Wesley researched why some US prisoners of war defected to North Korea during the Korean War he found it wasn’t because they were tortured, but that they were shown kindness by their captors. Kindness was the exact opposite of what they had been led to expect from their US military training, which pictured the North Koreans as cruel barbarians out to destroy America.

Numerous examples tell us to focus on understanding why someone thinks the way they do, respectfully, and to then instil doubt before concentrating on trying to make them see your point of view. That’s a key secret for success in changing people’s minds.

In the preface to the second edition of his book, Changing Minds – the art and science of changing our own and other people’s minds, leading Harvard psychologist, Howard Gardner says: “If I could dispense just one morsel of advice to mind changers, it is to spend less time trying to convince individuals of a new perspective, and more time trying to understand and thereby neutralize their resistances.”

Gardner also makes the important point: “Much of one’s capacity to change the minds of others hinges on whether or not one is trusted, seen as trustworthy, deemed to be a trustee. As with integrity, honesty and truthfulness, trust is not a property that can be faked in the long run. Trust is earned and must periodically be confirmed.”

The implication for companies is obvious: building and safeguarding your corporate reputation is an essential step before attempting to introduce corporate change or new products. If you have ‘walked the talk’ and acted fairly and honourably toward customers, local communities, staff, suppliers and the environment, then people will be more likely to accept any changes you introduce. Clear and open communication is essential in this process of becoming an admired company.

When one trusts a person, group or institution, one feels at ease and resonates with that entity. A loss of trust – in a parent, a lover, a boss, a president, a company or a medium of information – signals a diminution or disappearance of resonance, and a correlative rise in resistance, Gardner notes.

At FCR over the past 36 years we’ve noticed something similar: a correlation between familiarity and favourability. Each time we’ve been involved in research for clients it has been startlingly obvious that people who become familiar with a brand, a product, a concept or financial innovation, generally become more favourable towards that brand, product etc. Familiarity doesn’t breed contempt; it breeds favourability. And trust is a necessary part of this process, as well as an outcome.

Four entities, or ways we construct new mental representations; through stories, theories, concepts and skills development. These are also the major kinds of content that inhabit the human mind.

The arenas in which mind changing takes place, where prevailing attitudes can influence the outcome. These arenas range from what is occurring in a nation down to one’s own family.

The seven ‘levers’ are the ways in which we make up our mind. They can be combined to influence others to change their minds, in the same way that we may change our own mind:

Reason: weighing relevant factors with the use of logic, analogies or creation of taxonomies

Resonance: feeling the new idea or perspective is ‘right’ at an unconscious level; having a strong relationship with, or respect for, the mind changer

Representational re-descriptions: representing the new idea in different ways that reinforce each other – in linguistic, numerical, graphic formats, for instance

Resources and rewards: that encourage an individual with an open mind to accept the new concept

Resistances: strong views and perceptions can resist the effect of any of the previous levers.

A good communicator would ensure each of these seven levers is considered in any PR or corporate communication plan designed to change minds.

Gardner stresses that multiple versions of the same point constitute an extremely powerful way in which to change minds. In contrast, when resistances are strong and most of the seven points of leverage are not in place, mind changing is unlikely to occur – or to consolidate.

Summing up, he points out that mind change (or ‘psychosurgery’) entails the alteration of mental representations. These have a content we regard as ideas, concepts, skills, stories or theories. While these contents can be expressed in words, they also can be expressed and communicated in a variety of forms, media and symbol systems capable of being internalised as ‘language of the mind’, or a particular ‘intelligence’.

The first step of the psychosurgery process is to determine the current content and clarify the desired content. The more explicitly we can specify the desired contents and the various competing counter-contents in various formats, the more likely we can arrive at the right strategy and succeed in changing minds.

Gardner expands on the mechanisms for mind-changing in his 244 page book, providing examples and explaining particular issues associated with a leader of a large and diverse population attempting to change minds, as well as large scale changes involving an homogeneous group, changes brought about through art or science, and more intimate scale mind-changing.

Political, business and educational leaders bring about change through the messages they convey directly to their audiences. Conversely, creative and innovative individuals bring about change indirectly, through symbolic products: art works, inventions, scientific theories that they develop.

“In general, mind changes due to indirect creations take longer, but their effects have the potential to last for a far longer period of time. In general, we remember the artistic creators of bygone civilisations far more vividly than we recall the political leaders,” Gardner notes.

Mind changing occurs all the time, especially among the young. It’s a process we cannot stop. Yet certain ideas develop very early in life and are resistant to change. The trick with psychosurgery, is to accept the changes that will happen anyway, acknowledge that other changes may be impossible, and concentrate effort on those changes that are important, won’t occur naturally, but can be achieved with sufficient effort and motivation.

The book was written in 2006, but in a prescient view of the future Gardner stated: “Classically, change takes place through compulsion, manipulation, persuasion, or through some combination thereof. In this book I have directed attention to deliberate and open attempts at mind change. I have also stressed the classic forms of persuasion: talk, teaching, therapy, and the creation and dissemination of new ideas and products. We must recognize, however, that in future these low-tech agents may well be supplanted by new forms of intervention: some will be biological, involving transformation of genes or brain tissue; some will be computational, entailing the use of new software and hardware; and some will represent increasingly intricate amalgams of the biological and the computational realms.”