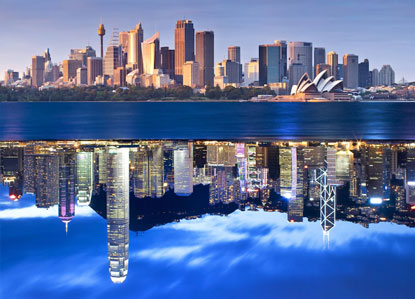 Malaysian Prime Minister Mahathir Mohamad’s recent prediction that “Australia will become more Asian than European” is one more straw in the wind that Australia’s engagement with Asia will broaden and deepen in coming decades.

It will happen through culture, sport, environmental initiatives, scientific research, technology, diplomacy, business and helping support each other in the wake of natural disasters.

In the business sphere, cross-border relationships are destined to become more complex, progressing beyond simple one-to-one trading exchanges to multi-level partnerships for growth.

“While China has dominated the attention of Australian media and will continue to grow as a trading partner, more Australians are gaining first-hand knowledge of our other close neighbours and realising they are also growing faster than the US or Europe. Through tourism, we are understanding the trade, cultural and political differences among these individual countries. The next step is Australian companies gathering detailed intelligence on markets in Asia, increased business-to-business cooperation, more confident inter-country investment and cross-fertilisation at board level. We are positioning ourselves to assist clients in this development phase,” Tregoning noted.

Economist Tim Harcourt www.theairporteconomist.com penned an insightful article for the OECD Observer, see article here, which projected how business relationships will develop during what he labelled “the fourth wave” of Asian growth.

“The fourth wave will be different for Australia. First, we have established platforms in ASEAN, China and India, from which we can approach the new frontier markets that are opening up in places like Laos, Cambodia and Myanmar in the Mekong Delta (an area that also forms part of the OECD’s Southeast Asia Regional Programme), and Mongolia and Kazakhstan in Central Asia.

“Second, while our larger companies have already formed strong relationships in Asia, the nature of global supply chains and open regionalism means that Australian small and medium-sized enterprises (SMEs) will become increasingly enmeshed. Currently seven out of 10 of our top SME exporter destinations are in Asia.

“Third, services will now play a more important role in this new wave. Mining and agriculture – what Australians call “rocks and crops” – will continue to provide the lion’s share of our export revenue to Asia, but our points of engagement with Asia will expand as the services trade promotes broader and deeper people-to-people relationships. Second tier cities in China, like Chongqing and Chengdu, are full of Australian architects and engineers, as are parts of India, Mongolia, Kazakhstan and Southeast Asia. Australia is also well-placed to respond to higher food demand by increasing the export orientation of Australian crops. Modern agribusiness is also about services, and could help Australia move further up the value chain from the “mining boom” to the “dining boom”.

“In short, goods exports build a platform that enables the services trade to grow throughout the region and bring with it opportunities for investment, niches for SMEs, and richer global and regional integration,” Harcourt’s article stated.

Taking a broader canvas, Parag Khanna inThe Future Is Asian (Hachette Australia) sketches an Asian-led world order which is much more comfortable with multi-polar and multi-civilisational foundations than the US-led order which has prevailed for much of the last century.

Australia’s ignorance of Asian history and language puts us at a severe disadvantage in such a world order. Teaching of Asian languages is painfully low, with Labor front-bencher Chris Bowen claiming Australia had only 130 locally-born people fluent in written and spoken Mandarin.Australian educational authorities have struggled with the introduction of more Asian history to school curricula, while Khanna makes a compelling argument that understanding Asian history will be critical to understanding how his Asian-led world order will function.

Business leaders obviously have more homework to do in this regard. They should be prepared to take a long term view when building business with Asia, as ANZ Group Executive Institutional, Mark Whelan, said when taking part in an Asia Society Sydney Asia Briefing Live panel late last year.

The opportunities in Asia were clear, he said, but it would still take many Australian businesses some time to access them. “This is a slow burn for the country but an important one,” he said, acknowledging his bank had experienced its own challenges pursuing an Asian strategy through changing regulations and market cycles. He said it remained very difficult to get support from Australian investors and boards for an Asian business strategy that could require up to ten years to work well.

In this developing world of richer, more complex inter-connectedness, both Asian and Australian businesses will require expert communication advice. The longest established specialist corporate, investor and financial communication consultancies in Australia and Asia, FCR and SPRG are cooperating to offer such a service.