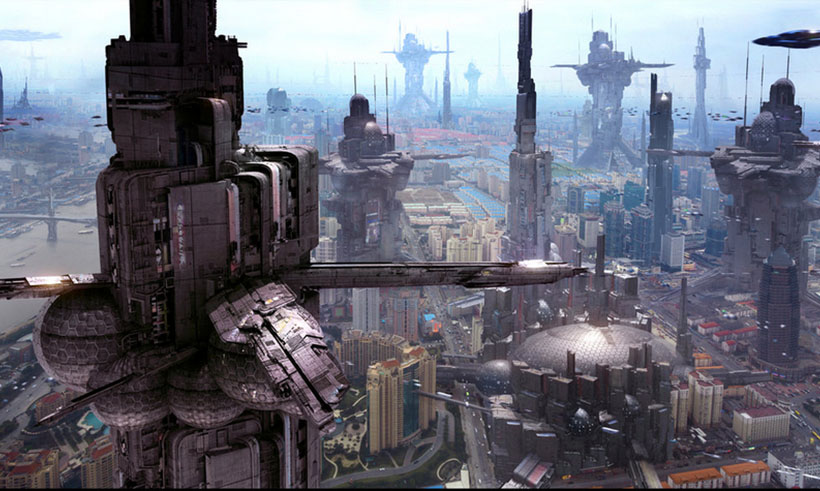 When FCR founder, Anthony Tregoning, spoke at the communication firm’s 30th anniversary celebration on Bloomberg’s level 27 Sydney sky terrace in March 2015, he recalled how the business environment had changed dramatically since 1985.

“In 1985, each state had its own stock exchange, and the Sydney Stock Exchange was among our early clients. ASIC was the ASC, also an FCR client. There was little, if any, talk of corporate governance; and I can’t remember any annual report mentioning corporate social responsibility,” Anthony recounted to the more than 200 clients, investment advisers, journalists and financial community leaders present.

“The investment banking scene was very different from today. Lloyds, Potter Partners, JB Were, Bain and Schroders were at the top of the tree, Macquarie had been a bank for only five months, and the foreign investment banks that dominate the market today had only outposts in Australia.

“The corporate sector was different too. None of our initial clients – Elders IXL, ACI, CRA, Clayton Robard, Coles Myer – survives today in its original form. And few of the other companies we assisted during those first ten years – Arnotts, CSR, Legal & General, Heine, Growth Equities Mutual, the Sydney Futures Exchange – remain as they were then.”

In coming decades all businesses will have to continue evolving to serve a changing world. So how will the world change in the next 30 years?

The revolution will not be televised

We know change doesn’t happen in an organised, predictable way. It doesn’t follow simple linear projections of current trends, even though we expect that to happen. Globally significant developments occur unexpectedly. ‘Black Swans’ in one area of human endeavour send ripples through others, with a compounding effect that fractures established trend lines and alters the course of history in unforeseeable ways.

With the benefit of hindsight we can expect massive societal game changers, or disruptors, to come along each decade. The 1950s saw the rapid take-up of TV; in the1960s western society changed with the contraceptive pill; 1970s, the personal computer; 1980s, those brick-like mobile phones; and in the 1990s, the internet. The most significant disruptors to emerge in the 2000s and 2010s may not be as obvious yet, but from our present vantage point they’d appear to be the human genome project and the rise of China as a global power. Or was it social media or the mobile phone morphing into personal digital assistants (PDAs)?

As we know, many of the developments that reshape our world and re-tilt corporate playing fields start life through pure research, by accident, or mistake. Penicillin, the microwave oven, pacemakers, global positioning, plastic, safety glass, the X Ray, corn flakes and the internet were created accidentally rather than strategically.

Largely because of this randomness of progress, it generally it takes 10 to 20 years for an invention to develop to the point where it sweeps the world and disrupts markets, often completely re-purposed from its original form. So it’s possible that the disruptor that will have the greatest impact on us in 2045 is exciting a group of angel investors right now.

Take up your crystal ball

Even though it’s impossible, we all like to imagine the future.

Your grandchild is asking, incredulously: “You mean that to go anywhere you had to shut yourself in a steel box with rubber tyres, keep your hands on a steering wheel and push accelerator and brake pedals – and you bought petroleum at service stations for fuel?”

By 2045 self-driven electric vehicles have replaced the internal combustion engine. Fusion power is nearing commercial availability and people are pointing to this as the final death-knell of the fossil fuel age.

The recently completed offshore ‘energy islands’ that power cities with fourth generation thorium and molten-salt nuclear reactors are being threatened by relentless advances in solar power. Polycarbonate wall sheeting has built-in, transparent solar panels that are 75% effective. Almost half Australia’s energy is now sourced off-grid. Solar clothing drives not only our personal info-comm systems, but also the computer chip implants that are starting to enhance individual intelligence, performance and health.

More executives contemplate super-sizing their own IQ with individual performance-enhancing techniques: chip-augmented brains, chemicals and neuro-surgical procedures. It is a decision made more urgent for directors and CEOs of traditional businesses that are facing competition from companies whose decision-making is largely controlled by emerging forms of artificial intelligence (AI).

Meanwhile, AI has bridged the point where it now exhibits human emotions. It’s humour has been welcomed, but there is alarm at emerging examples of computer anger and aggression. And scientists are developing life-support systems to keep a human brain operating – so that it can control a robotic avatar long after the biological body has been exhausted.

In the financial sector, computerised trading has evolved to dominate equities, commodities and currency markets. Goldman Sachs and BlackRock are now the world’s largest companies, following the recent break-up of Google and the rapid demise of Apple.

Thirty years from today, how will new forms of communication have altered our world?

Skype and video-conferencing have been transformed out of all recognition – quantum computers, holographic wall screens, full immersion virtual reality and thought-activated computers are commonplace. This has made day-to-day global business management more efficient, although when executives need to travel they benefit from the new hypersonic airliners.

The political and regulatory landscapes – and the remaining fragments of the world’s natural environment – have been reshaped by Generation X to its standards, while greying Gen-Y senior executives are clashing with their largely Gen-X boards of directors.

Mass media has been declared dead, and communication commentators fear a second ‘Tower of Babel’ age is developing because of the massive fragmentation of society’s sources of information over the past 25 years. In contrast, computer language standardisation for machine-to-machine (M2M) communication has enabled many sectors of the economy to more closely match supply to demand. The result has been enormous efficiency gains in energy production, transport, farming, and water usage. A true Internet of Things (IoT) now opens the potential for an Internet of Everything, although it is ironic that after 50 years of development the once monolithic internet is becoming fragmented by telcos seeking their own commercial imperatives.

Public relations is using big data and sophisticated techniques to reach and influence highly defined stakeholder segments and individuals, via direct channels of communication instead of its earlier reliance on mass media. Automated advertising reaches the right person at the right time, and political campaigns are now micro-targeted with messages tailored to each individual. Data capture and analysis, coupled with powerful computer simulation, is so sophisticated that polling and focus groups ceased to exist many years ago.

China has become a sophisticated centre of banking and finance and its automated manufacturing recently surpassed Europe and the US in global quality comparisons. Low cost manufacturing in lesser-developed countries,where 3-D printing is now performed by robotics, is facing rising competition from cheap home based 3-D printers and community nano-production centres.

Stem cell pharmacies have sprouted across the globe, treatments for all forms of cancer have high success rates, and tobacco smoking is now only practised by remote hill tribes in North Korea.

What has become of the stock exchange? After global amalgamation of most leading exchanges in 2043, the World Exchange is proposing a self-regulating quantum computer array to operate on Web 4. Meanwhile, Glencore is working with scientists from the second generation hadron collider, opened in Japan in 2029, to develop trading systems to manage its complex linked arbitrage plays in commodities, equities, fixed income and currency markets.

Equity market trading volume has swelled to many times the 2015 turnover level, benefiting from the rolling transformation of many lesser-developed countries, which occurred after the rise of China. The resulting rapid development of these economies has accelerated globalisation of every aspect of life, although governments in the OECD countries have yet to reach agreement on harmonisation of regulation.

Only two of the top 20 companies that existed in Australia 30 years ago have survived in their original form. Global tax concessions won by big businesses paying what was seen as a fairer share has prompted massive agglomeration and demerger activity. BHP, which has robotically mined undersea volcanic vents for a decade is now examining the feasibility of resource recovery on Mars.

The relentless expansion of the information revolution has transformed the role of lawyers, accountants and corporate advisers. Many service industries have become largely commoditised by vast strides in computer power and data analysis software. The investor relations function of Australia’s largest companies, for example, has been largely automated.

And leading communication adviser, FCR, bears little resemblance to the firm that was at the cutting edge of communication practice in 2015, having adapted and altered more in its second 30 years than during its first three decades.

The best way to predict the future is to create it

So, as FCR’s original role was gradually taken over by in-house teams, the secret to the consulting firm continuing to thrive has been to evolve and re-purpose its essential communication skills … to reinvent itself to meet new demands.

It is now the outsourced investor relations team for mid-cap ASX-traded companies, helping level the playing field when they seek capital and compete for investor attention with public companies many times larger.

FCR is living proof of Buckminster Fuller’s maxim: “You never change things by fighting the existing reality. To change something, build a new model that makes the existing model obsolete.”